By Gabriel Newman based on information from Suresh Shrestha 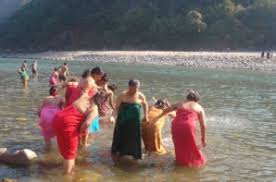 In the small villages of Nepal almost all women, except for the few who have private baths or toilets at their house, must bath outside openly at the public tap or traditional sources, such as rivers, wearing their clothes (just opening the area up to the bra). Obviously, this is not ideal from a hygienic perspective or from the perspective of personal freedom and privacy. 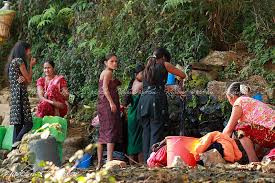 Where there are outside toilets/baths with enough space, women may be able to bath their entire body, but this practice is very rare.  Whereas, women who have private bath/toilet at their homes, especially in town with concrete houses, can remove all outer clothes before bathing.

World Neighbours is currently working with TTS to build toilets in Ramechhap but the current design is small and cannot be adapted at this stage of the project to include bathing space. When the design was chosen the issue of women’s bathing was unknown to us and had not been factored in with most projects in the region.

We will however, look at adapting the design for future projects as we think this is an important issue. This would also require incentives to convince villagers to adapt to the idea of a bathing and toilet room.