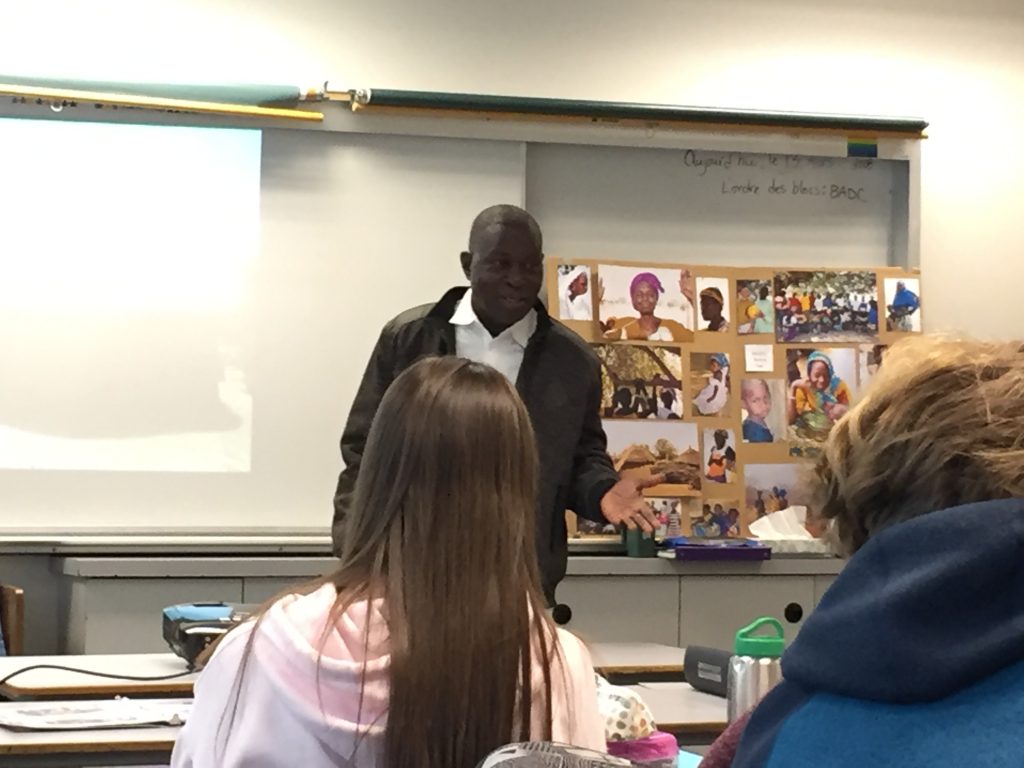 World Neighbours Canada hosted Charles Tankoano, Executive Director of the NGO APDC (Association d’Appui à la Promotion du Développement durable des Communautés) – our partner NGO in Burkina Faso, from March 8-17. In that time he traveled with one of our Directors, Judy Gray and her husband Peter, from Kamloops to Osoyoos, and then on to Vancouver. During this time he gave 17 presentations, to roughly 450 people, in 8 days. He spoke to elementary, secondary and university students (some in English and some in French) as well as several presentations to the public. 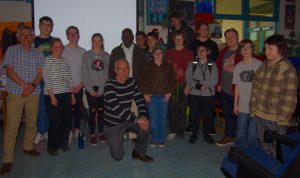 He was able to conduct a video conference with GAC staff in Ottawa (thanks to facilities and support provided by the BC Council for International Cooperation). Furthermore, BCCIC staff conducted an in-depth interview with Charles and an article about him and the work of APDC will appear soon in the BCCIC newsletter. 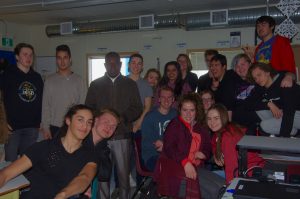 We feel that the tour was hugely successful. Charles was deeply honoured to be invited to come to Canada and share the activities of APDC. Conversely, all the groups that Charles presented to were surprised by the number of activities APDC is undertaking and felt they learned a considerable amount through the presentations about the work that GAC and WNC are supporting in a little known and extremely poor country in West Africa, namely Burkina Faso. 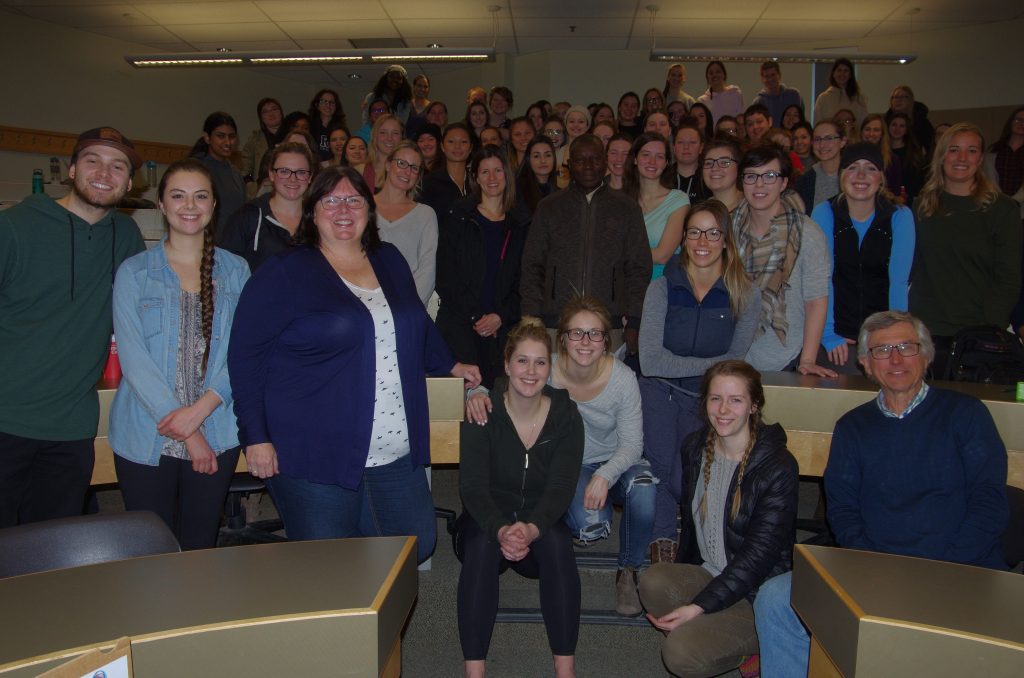 Despite the exhausting pace, and that there was little time to recover from jetlag, we hope that Charles enjoyed his visit to Canada. Despite thinking it was very cold here he did have fantastic sunny days for traveling and a short tour around Stanley Park. He even had a bit of time for a little shopping!