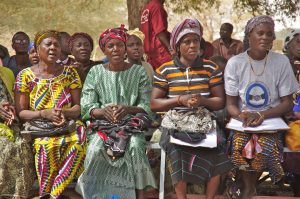 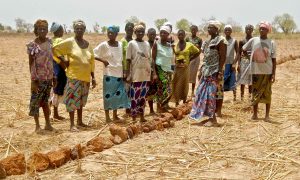 Though we hear International Women’s Day, March 8, mentioned on the news in our country, it is not celebrated at the same level as in many countries of the world, especially within Africa. In Burkina Faso, le 8 mars, is a National public holiday and permits the nation to focus on women and their status and role in Burkinabé society.

My husband and I were very lucky to be in Fada on that day and able to participate in the festivities. This year, the day was celebrated in the village of Gnianmanga, one of the original project villages of APDC. Just getting to the village, for many of these women, is no mean feat, as there are no cars in the area and even the number of motorcycles to transport people is limited. Therefore, participating along with 200 village women, and a total gathering of nearly 400, was a unique experience.

The highlight of the celebration was the parade of groups of women, representing each of the villages who are part of the project. Dancing, drumming and eating are also part of the day, providing an opportunity for women to socialize and exchange ideas, and share common concerns as they so rarely get together in one location. 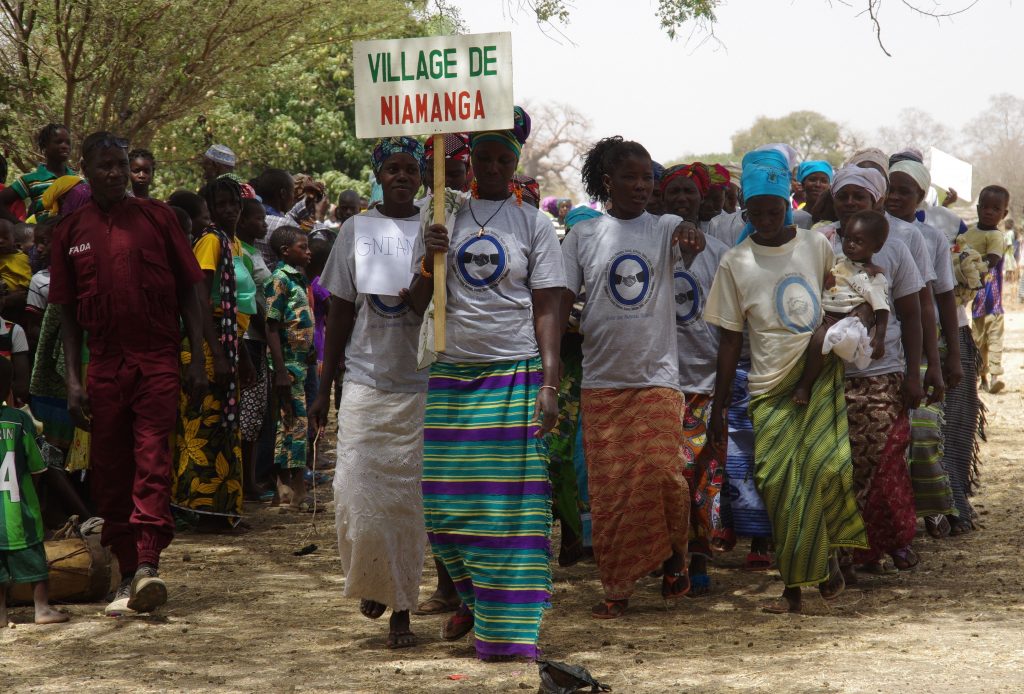 An employee of the State Social Services Department spoke about the many ways that women face “exclusion” in their society and reminded them that this day, le 8 mars, is not only a time for festivities but also a time to reflect on women’s roles and a time to exercise one’s right as a partner within the household. As a director of World Neighbours Canada, AND as a woman, it was a thrill to be part of these festivities and celebrate this crucial day with women who are taking steps, albeit small, to assert themselves and develop their independence.