The following is an article written by Gurleen Grewal for the British Columbia Council for International Cooperation (BCCIC), featuring the work done by World Neighbours partners. This article and many others can be accessed on their website at https://www.bccic.ca/how-does-gender-equity-work-world-neighbours-canada-localizes-the-big-question/#

The drive to work towards gender equity propels transformative action in communities all around the world. Taking a look at three places where gender equity has been introduced in initiatives dealing with water and sanitation systems, nutrition and food security, and maternal and child health, we want to talk about how this concept is relevant across a variety of contexts. The three examples that follow each share how the nuts and bolts of gender equity come together, and how transformative change begins with tangible steps.

Where are the Women? Connecting Gender Equity to Water and Sanitation Systems 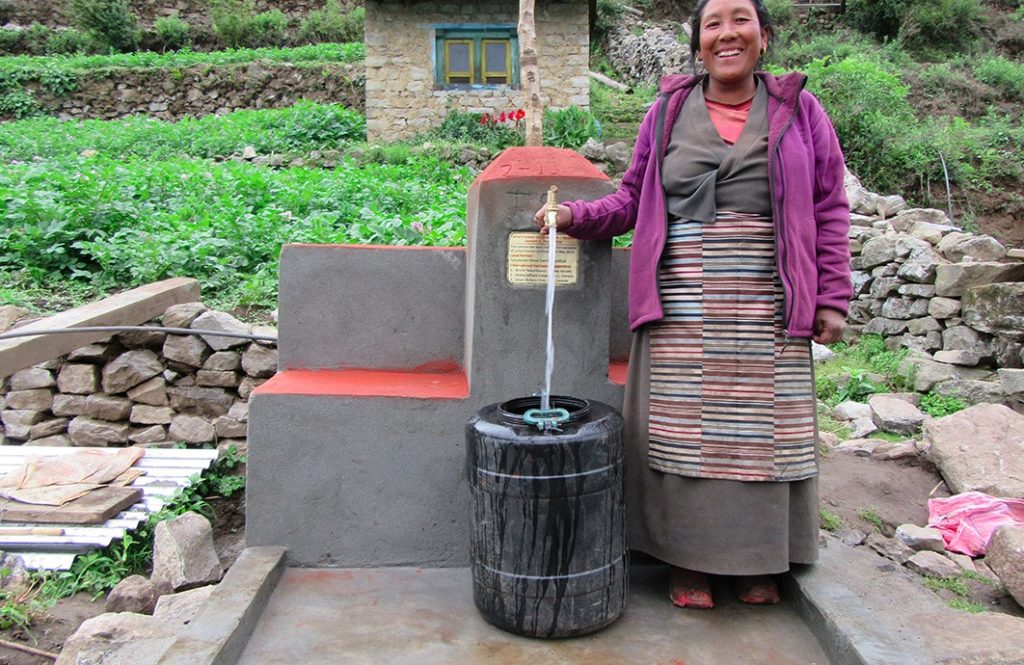 In Nepal’s eastern Ramechhap District, the organization, Tamakoshi Sewa Samiti (TSS), provides materials and technical training to villagers who plan, build, and maintain water systems in their remote communities. Many villagers decide to extend the benefits of the water systems into sanitation, installing sealed toilets. The combined effect of water and sanitation systems is that villagers can easily access water that is safe to drink, and significantly lower the occurrence of gastrointestinal disease.

After committing to deepening their understanding of how gender impacts development work, TSS noted that women were often underrepresented in the committees that planned for water systems. To address this issue, a few years ago TSS introduced quotas to integrate women into decision-making spaces, supporting their participation in water-user committees that operate at the village level. Following this act, they later organized a training session to develop a more nuanced take on how gender relates to health, and conducted an analysis of how gender impacts the lived experiences of those in the eastern regions of Nepal. In the upcoming year, TSS plans to offer diversity and inclusion training within water-user committees. They hope to use the conversations this process brings about to explore gendered divisions of labour, getting down to the fine points of which tasks are important for an individual on a daily basis according to their gender. While expanding their focus on gender equity, TSS has kept pace with capacity building, anticipating future moments of potential and setting the stage to enact the solutions that emerged from their gendered analysis of the field of water and sanitation.

One of the outcomes of bringing women to the table in water-user committees at TSS was having the gendered impacts of water systems, their links to women’s reproductive and menstrual health, come to light. For instance, the installation of water systems in remote villages reduces the time women spend travelling to collect water by up to two-to-eight hours. This translates to an improvement in the physical and psychological health of women and girls, as they are tasked with collecting water. The positive health effects of water systems further support women during their pregnancy and postnatal periods, and lower child mortality. With water and sanitation systems it also becomes easier to maintain menstrual hygiene, an important consideration in communities where the stigma around menstruation is high. Recognizing that enabling women to be active agents in their communities is a fraught and ongoing endeavour that requires negotiating social practices, household resources, and other local barriers, TSS has still managed to make headway in integrating gender equity into their programs. In return, they have seen the positive effects of gender equity within their organization, and of course, across villages in Nepal. 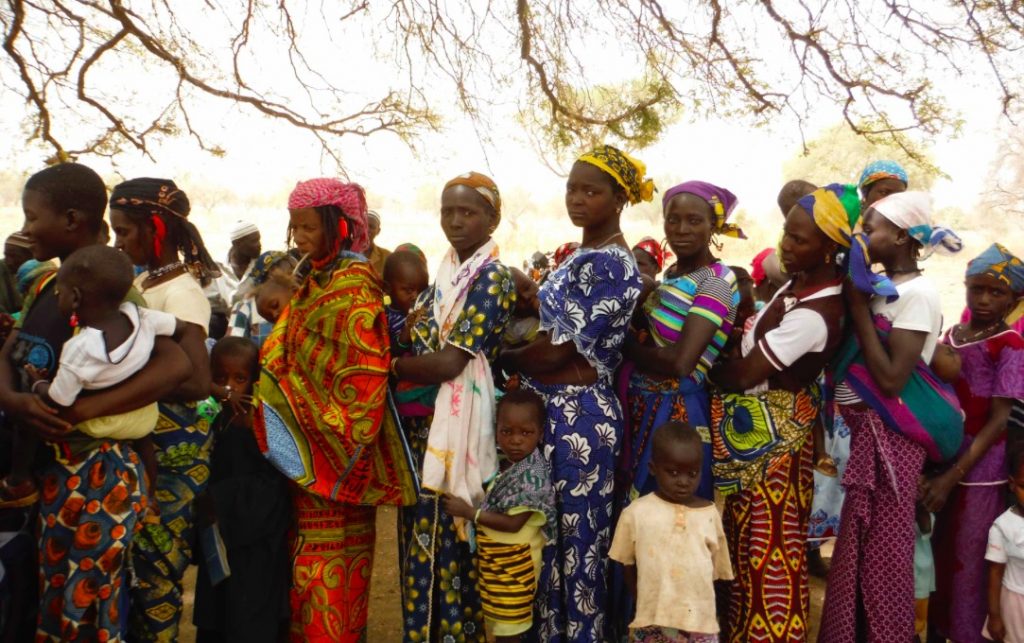 In the push to strengthen women’s social and economic positions, APDC looks at the links between gender equity and related issues like child nutrition and food security, by offering training sessions that teach women how to raise poultry and fatten sheep. According to Charles Tankoano, the Executive Director of APDC, the women who participate in these training sessions become like “business manager[s].” They take responsibility for overseeing the daily tasks of tending to the animals, manage all the expenses related to these tasks, and decide how to spend the financial resources that come from the animals. Tankoano shares that many men agree to help their wives succeed in these training sessions by collecting and storing fodder to feed the animals, constructing workshops for fattening, and selling the animals then returning the money to the women. By tying women to processes of food production and income-generation this activity elevates their social and economic positions. Some of the men who take part in these sessions come to see women more as co-partners, with the ability and authority to make decisions within the family and the village.

In addition to offering training sessions on food production methods, APDC invites men and women to attend gender sensitization sessions. Here, they explain what gender equity is and why it matters, develop communication skills between men and women, and look at human rights and reproductive health. These sessions make the abstract ideas of gender, and of gender equity, both personal and accessible. This is a key step in coordinating efforts for women’s empowerment and ensuring that men are on board. Across the eighteen villages that APDC works with, many of the men who took part in gender sensitization sessions shared their stories. Some men had started helping women with household chores that had been considered “exclusively” gendered forms of labour, such as childcare. Before, it was said that if a man “touches the spatula used to make le to (a Burkinabe dish), he becomes impotent.” But, the prejudices associated with gendered divisions of labour have been weakened by building awareness around the communal and financial benefits of gender equity. For instance, more men now realize that if they contribute to household work their wives will be able to participate in income-generating activities so that “the whole family wins.”

While APDC has worked in the Fada region of Burkina Faso since 2008, they still face a number of challenges in advocating for gender equity. As they work to bring about transformative changes that contradict the patriarchal power structures organizing entire households and villages, APDC has to think long-term. They think on the level of generations, looking to the future and the past as they strategize on how to address the local issues that call upon them today. They celebrate the small victories of men who understand the importance of validating their wives’ work, while acknowledging the struggles of altering deeply embedded social and cultural practices. 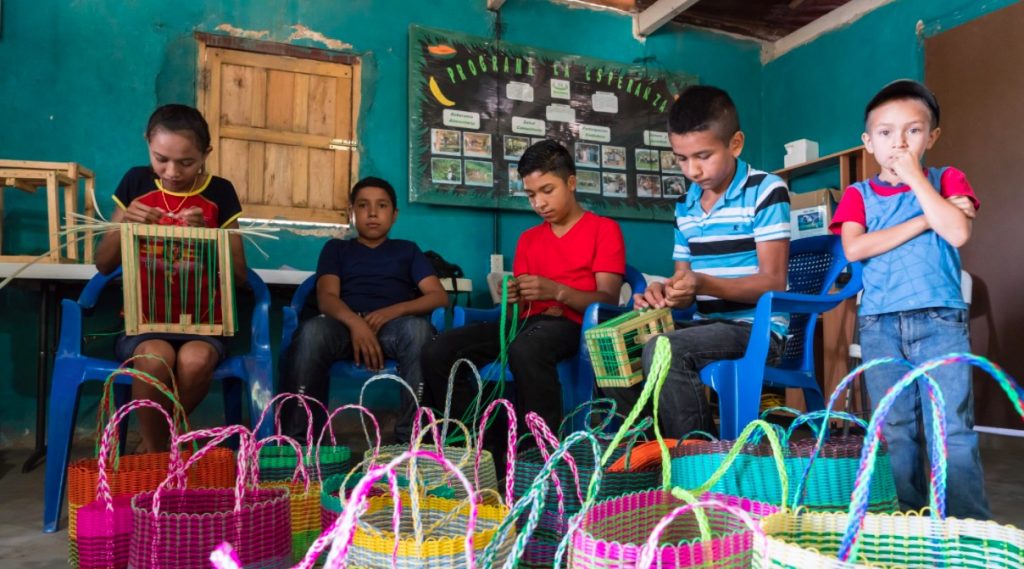 Vecinos Honduras (VH) has a complementary approach to development. They work in the departments of Valle and El Paraíso, which are in the southern and eastern parts of Honduras. They tend to stay in an area between six to eight years. Initially, they integrate into communities by hosting educational initiatives on child nutrition or optimizing crop production. VH then slowly becomes involved in training local leaders so that they can organize these kinds of initiatives, learn the ins and outs of project-planning, and manage funds. For VH, the eventual goal is to cultivate communities with the capacity to take development projects from imagination to implementation.

Equipped with a toolkit of activities addressing topics such as water and agriculture, labour divisions, household relationships, and other parts of community capacity-building, VH embraces a holistic view of development. Under this umbrella, every time VH layers in a focus on gender equity, its effects amplify across the different components of community that they address. Attuned to the order in which conversations occur, they are careful to first introduce activities that cement trust with communities and only later implement programs that explore issues more guarded by social norms, such as gendered divisions of labour. VH pays attention to local contexts, adapting their communications to suit the specific needs of those they seek to work with, rather than using a top-down, one-size-fits-all approach. This strategy is crucial to nurturing connections with, and staying in communities long-term.

Similar to APDC in Burkina Faso, VH also tends to maternal and child health. They focus on lowering mortality and morbidity among mothers and infants using evidence-based initiatives such as weighing sessions. Here, mothers bring infants and young children in to be weighed, and community volunteers monitor body weight to gauge health and nutrition. Gathering together, the mothers create a space where they exchange stories on child-rearing, and learn how to harness available resources to best nourish their children. Within these spaces, community volunteers often facilitate discussion on methods of child-care that mothers can add to their toolkits. During a visit to Honduras, VH’s Canadian partner organization, World Neighbours Canada (WNC), noticed that men were not often present at weighing sessions. WNC wondered whether this was an impediment to gender equity. But, through the local insight of VH, they found that the social environment women fostered in the weighing sessions was vital to their identification as a collective. It was a space for them to connect with each other, and themselves, as they puzzled their way through the complexities of motherhood. Bringing men in to this space would disrupt that dynamic. So, as WNC realized the question of gender equity cannot always be reduced to a number, like the number of men and women in a room. Instead, it is equally important to take into account what the purpose of a space is, what happens there and for whom. Besides, one of the motivating markers for the men joining the agricultural training sessions VH does is the idea that diversifying crops will help serve their children’s nutritional needs. Thus, fathers care deeply for the wellbeing of their children, even if they do not come to weighing sessions. 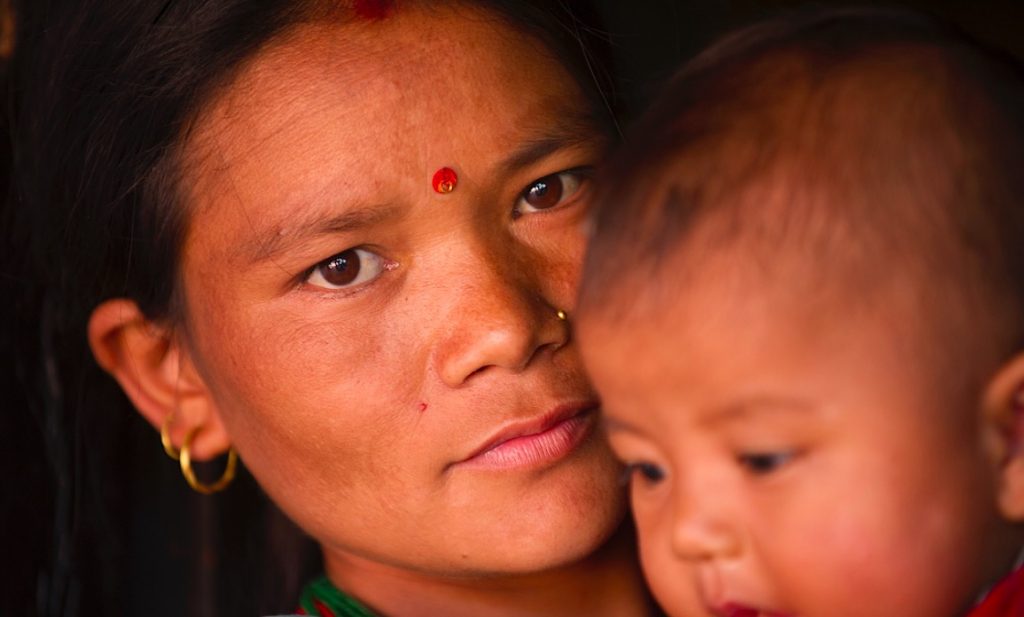 Each of the three organizations we look at here works across three very different localities, and makes gender equity relevant to their needs through the seemingly unrelated notes of water and sanitations, food production, and child nutrition. The factor that unites TSS in Nepal, APDC in Burkina Faso, and VH in Honduras is World Neighbours Canada. WNC works with these three partner organizations to provide support with training local leaders and implementing grassroots programs. They work with the goal of promoting self-reliance by empowering TSS, APDC, and VH to identify and hone local resources to solve problems. In each of their encounters with partner organizations they are careful to listen to the needs of local communities, trusting their expertise in understanding the nuances around development. Establishing this trust is essential in working towards gender equity: a goal that extends across generations. If making transformative change means preparing the resources necessary to support that change, then WNC and its partners chart a promising course for the future as they look at what exists now and imagine what can be, empowering local people to size up the challenges they face and plan how to respond.