I recently came across two articles which describe the current situation in Burkina Faso as it teeters on the verge of a major crisis. During these strange and unusual times when COVID-19 is at the forefront of everyone’s mind, one would expect the virus to be the number one concern  in Burkina Faso also and it is certainly mentioned regularly. However, in the Eastern region where our project villages are, there is an even greater worry right now – the daily fear of jihadist terrorists entering a village and harming individuals. Charles Tankoano, coordinator of our local partner organization, keeps us updated on these difficulties but also reports that his staff continue to support people as much as they can. We are actively discussing with Charles if and how the program needs to change to meet people’s needs and keep staff safe.

The following excerpt from an article published in a journal, The Intercept, describes the situation in the country:

On March 18, Burkina Faso suffered the first confirmed Covid-19 fatality in all of sub-Saharan Africa…Tiny, impoverished, and conflict-scarred, Burkina Faso is now West Africa’s worst-affected country, with 146 confirmed cases, including four government ministers [as of April 4, that number has risen to 302 cases and 16 deaths].

Burkina Faso has seen more than its share of hardships: poverty, drought, hunger, coups. But the coronavirus poses a new kind of threat to a country wracked by a war that has displaced around 700,000 Burkinabe in the last year. Many of those people now find themselves under great physical and emotional strain, lacking proper shelter, food, and the other necessities — all of which makes them more vulnerable to the pandemic. Experts fear that Covid-19 could decimate entire settlements of Burkina Faso’s displaced. The number of IDPs (Internally Displaced Persons), will soon reach 1 million. [Though the number of IDPs is much lower in the Eastern region where our project villages are located, the same situation is occurring as families flee their villages to avoid living with the fear of terrorists, according to Charles Tankoano in his recent semi-annual report]. 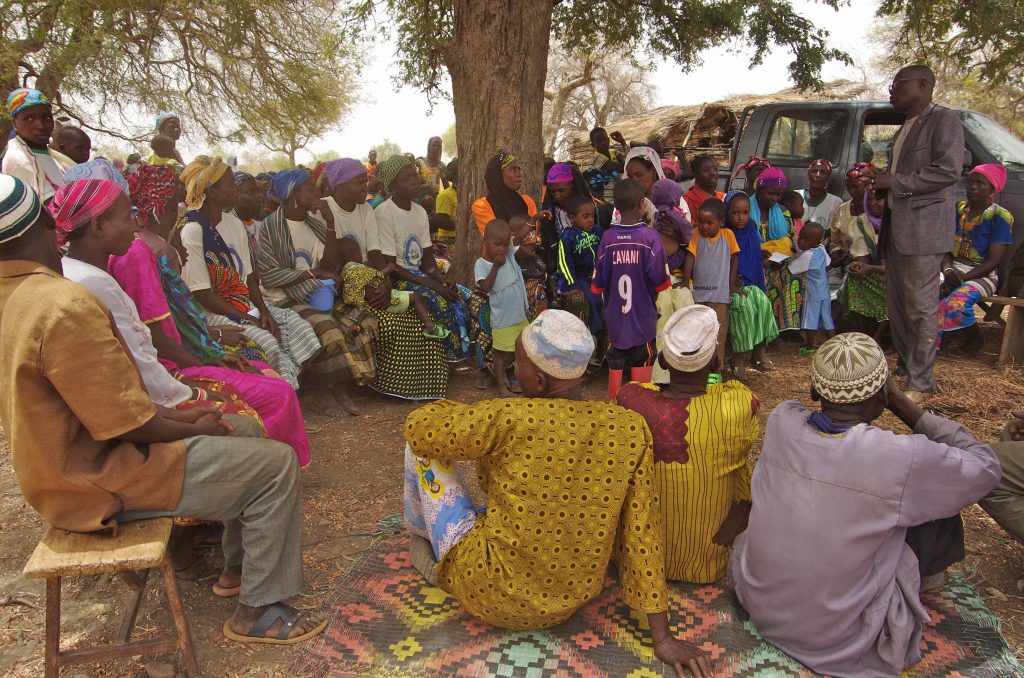 While Burkina Faso has recently adopted a Covid-19 response plan that takes IDPs into account, it doesn’t change the fact that 135 health centers in the country have closed due to violence, 140 have reduced their services, and 1.5 million Burkinabe now depend on humanitarian health assistance. Covid-19 will exacerbate an already dire situation.

Survivors of a recent attack on Rofenega (northern region, close to Mali) recounted a story that is increasingly common among farmers and cattle herders in rural Burkina Faso. Armed men on motorbikes roared into villages just before dusk and began shooting. “They shot our men at the gates of our homes,” Dialla Seybata, a 50-year-old survivor of the massacre, also stranded in Kaya, told The Intercept. [To date, there have been no deaths in the project villages supported by World Neighbours Canada, but the unannounced arrival of terrorists is occurring more and more frequently. According to Mr. Tankoano, the terrorists are preventing information sessions from taking place and even preventing the planned agricultural improvements from getting underway].

Another article, published by the UN News, paints a similar picture about the current critical situation in Burkina Faso:

The number of food-insecure people in Burkina Faso is expected to triple in the next lean season…Humanitarians have repeatedly warned that chronic insecurity linked to successive drought and violent extremists who exploit the lack of a strong State presence have created an unavoidable crisis, which WFP said has now extended to the coastal countries of Sierra Leone and Liberia. Forecasts indicate that Burkina Faso will see food insecurity more than triple, to more than 2.1 million people in June, up from at least 680,000 at the same time last year.

“This is a crisis layered on top of a crisis, and the situation risks getting out of hand,” said Chris Nikoi, the World Food Programmes’s Regional Director for West Africa. “People are on the brink – we must step up now to save lives – we are the only hope for millions.”

Here are the links to these two articles in their entirety:’