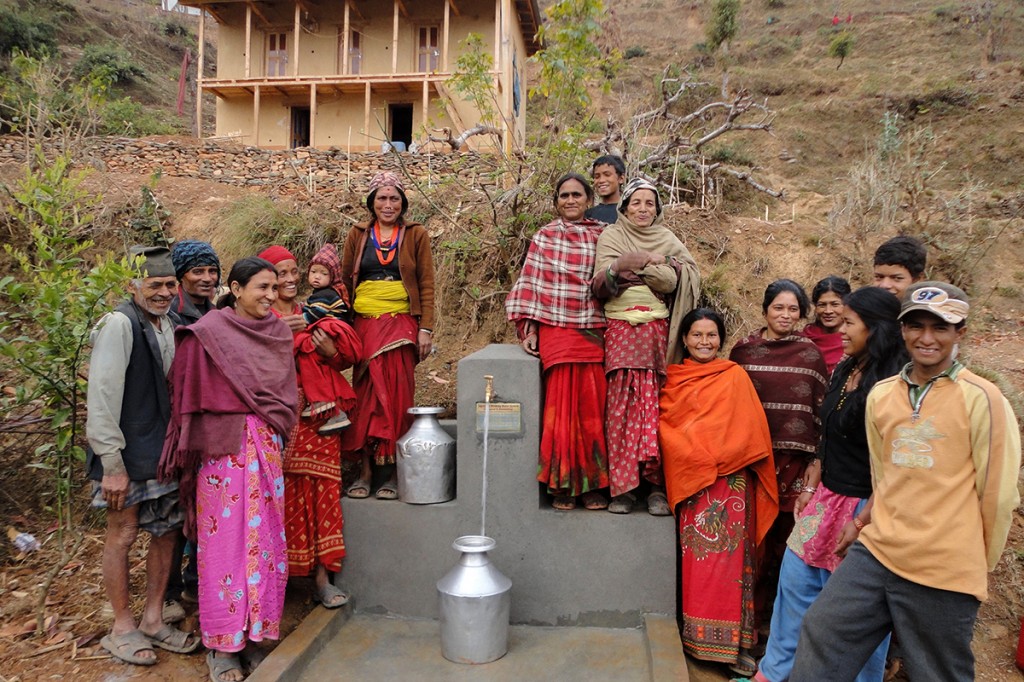 The loss of CIDA matching funding has resulted in a drop in activity in Nepal over the past year, but TSS has still managed to install 3 water systems in the villages of Saduagaun, Jagirgaun and Kyama.  Funding was partially from WNC, but also from Rotary International via Rotary Aldergrove, and from a student based NGO called CACTES (Caring About Communities Together to Eliminate Struggle) from Surrey, BC.  The three systems combined have brought water to a total of over 500 people.  Unfortunately, the toilet program has been suspended because of lack of funding.

In the coming year, we plan to concentrate on toilets again, especially in the villages that now have water.  We have seen the combination of accessible water and sealed, hygienic toilets reduce gastrointestinal diseases by 80%, and the requests from villages for toilets is as high as ever.